Quality is our best interest 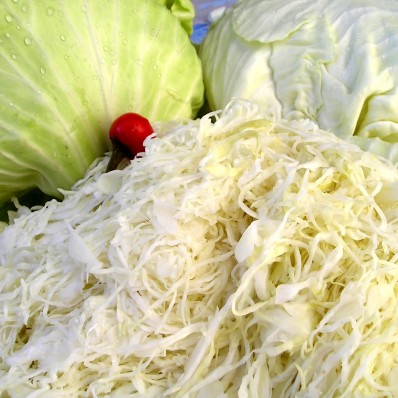 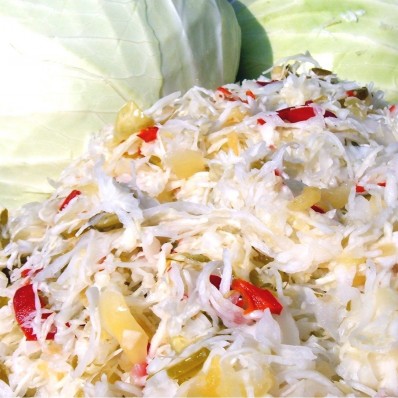 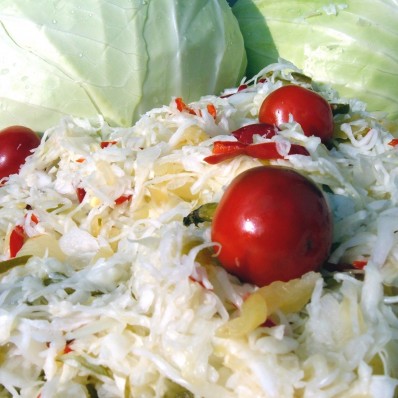 Welcome to the homepage of RUSA Pickles Production & Trade LTD!

The name of Vecsés city has become synonymous with pickling all across Hungary. The vast cabbage-fields, the centuries-old legacy of pickling passed down through generations, and the original, traditional tastes make Vecsés famous countrywide. Our company, RUSA LTD is also nested here, cultivating and broadening the ancient Swabian heritage of recipes, by which e.g. the widely popular pickled cabbage of Vecsés is produced. Our products are manufactured out of specially selected vegetables, obtained exclusively from Hungarian providers. The outstanding quality of our products is ensured by our experts’ careful supervision from the harvest through the picking and packing process to ensure that our customers are always  provided with high-quality, fresh, healthy and savory pickles. We are proud to serve and enrich the good reputation of Vecsés and Hungary with a Hungaricum that can stand its ground in its homeland as well as abroad.

Quality is our best interest.

The history of pickles

The oldest process of food preservation is natural fermentation with lactic acid, where the acidification occurs inside the produce; this is how the most commonly known pickles, pickled cabbage is produced. ‘Vinegary’ pickles, like cucumbers, paprika, melons and beetroot are manufactured by artificial, chemical pickling.

Even the Paleolithic man recognized that the food kept warm beside the fire (that contained some liquid) developed a pleasantly sourish taste after some time. Various vegetables cooked with vinegar, like cabbage and kohlrabi (also known as turnip-rooted cabbage or Hungarian turnip) also had a major part in ancient Greek cuisine. Romans cherished vinegary vegetable dishes, sauces and pickles for their appetizing effects, which they prepared with quickly fermenting, sour and vinegary red wines and a multitude of spices. In later centuries, fermented dairy products played a significant role among the dishes of shepherding people. Many of the past ages’ fermented foods are commonly appreciated to this day, like the Bulgarian csorba-soup, the Russian borsch (beetroot soup), or the lactic fermented drink, kvass.

Pickled products are easily consumable, and since most of their sugar content dissolves during the lactic fermentation process, they’re low on calories. They also help digestion, and are storable for a long time. Pickles are a natural source for vitamin C, and can complete a healthy diet all year long. Moreover, pickled foods have a naturally good effect on digestion, and are also pleasantly appetizing.

The process of pickling was known for many centuries throughout several continents. The production of pickled cabbage was assumably first devised in ancient China. What is certain, is that during the construction of  the Great Wall of China in the 3rd century B.C., the workers received pickled cabbage, fermented in rice wine as a protective meal, which proved to be a filling and nutritious menu.

Pickled cabbage was also recommended by Hippocrates as universal medicine, while Cato, politician and author of Rome, claimed it to be effective against certain variants of pestilence.

A local legend in Italy still holds itself, stating that pickled cabbage also can be linked to the Roman legions: marching troops carried delicately sliced cabbage on their backs as rations in small barrels. It was believed for a long time throughout the empire, that the vegetable develops its unique taste due to the constant movement, which belief led to a common practice at wealthy patricians’ estates: slaves were ordered to march around with cabbage-filled barrels strapped to their backs to produce the delicacy.

Humanity has used fermentation for food preservation since the earliest of times. Through biological preservation methods food deterioration can be avoided by the conscious application of substances produced by microorganisms, which is the basic idea behind pickling. Furthermore, the sour, acidic environment preserves the natural richness of vitamin C in vegetables; therefore pickled cabbage proves to be the cheapest and most convenient source of vitamin C during the winter months.

Of course, cabbage isn’t the only vegetable to be pickled. In areas of paprika production, the pickling and consumption of this vegetable was also known since the 19th century. At the beginning of the 20th century, only the unripened pointed paprika of the harvest’s end was chosen for pickling, joined by the Bogyiszló breed, and the sweet pimiento (or bonnet pepper, tomato-paprika), from the 1920’s. The early method for paprika pickling came from the habit of leaving some rows of hot pepper with the cabbage in the barrel, which then became fermented together.

Starting from the 1930’s, a new generation of farmers began to convert to the method of pickling by vinegar, when the vessel holding the paprika is filled with a vinegary-salty solution. Soon it came to be a common habit to put some small watermelons the size of apples, and later, green tomato between the rows of paprika, marinated in vinegar or Törkölypálinka.